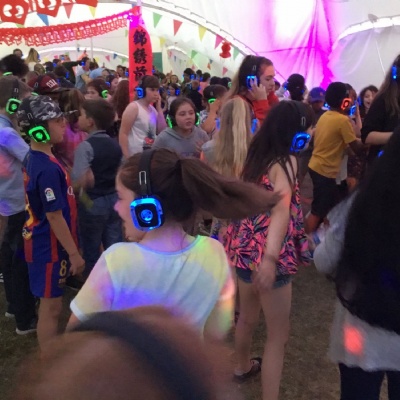 Fun had by all at the silent disco

In early June, 180 Year 4 children from across the Lumen Learning Trust descended to campsite near Walton-on-Thames for their inaugural residential Festival, Rise:Up. Created especially for them, it featured a wide range of workshops from rocket-making to samba drumming, a professional comedy night, authentic festival food and an epic silent disco. The children slept in tents made into villages, and wearing their bespoke tye dye tee shirts, they learned, worked and played together for three sunfilled days. Many thanks to all the staff who supported them, and and the children themselves for exceptional participation and behaviour.